IIMS Trust was the vision of its founder

Chairman, Prof. Rajendra Gupta. He was ably supported in this dream by the Vice Chairman, Radha Nagaraj and a team of trustees – Rama K., Nandini Prakash and Rekha Reddy. In the initial years, IIMS trustees were also the main faculty and handled all the administration of the institution. When the complexity of administration increased, the need for a Secretary was felt. Nandini Prakash took up that position. Two of the faculty were also inducted into the trust.

List of the Trustees of IIMS is as follows :

Prof. Rajendra Gupta took his Pre-primary Montessori training under Joosten and his Primary training under Margaret Stevenson in Washington. He has many years of teaching experience in the Pre-primary, lower and higher Primary Montessori as well as teacher training. He is known for the clarity he has brought to the theory of the Montessori Primary stage, many innovations he has brought to the Montessori curriculum and is quoted in many research documents. Currently, he is reworking the Higher Primary curriculum.

Radha Nagaraj has a BA and a B.Ed degree apart from her Pre-primary Montessori teacher training under Joosten. She has acted as a teacher trainer in the Montessori methodology for twelve years at Indian Montessori Training Courses, for both Kannada and English programs, and at IIMS for over 13 years. Her grasp over the theory and psychology of the child in the Pre-primary stage is unparalleled. She handles the theory topics, and the Pre-primary Directors’ training at the Institute.

Rama holds a B. Sc. Home Science degree from Agriculture University , Hyderabad and Primary Montessori Training under Prof. Gupta. She worked for four years with primary children at the Anweshana Montessori House of children and as the Directrix of Namma Shaale. She attended the Erdkinder training in US and is now handling classes for the Higher Primary program at IIMS.

Rekha Reddy holds an M. A. in English, Montessori Pre primary certificate from Indian Montessori Training Courses, and is the student of Prof. Gupta for Primary Montessori Methodology. She has worked for a number of years with pre-primary and primary Montessori classes in her school, Vidyanjali Academy of Learning. She is the Director of Vidyanjali Public School. She has conducted workshops on various subjects and training programs.

Aparna has a M.Sc from Syracuse University, a Diploma in Special Education, Preprimary Montessori training from IMTC and primary Montessori training from IIMS. After working with children for over five years, She handled classes for the Institute since 2003. She is the third member of the committee for Hosa Chiguru. Our work at Mysore is mainly handled by her. She is also a part of the Research Wing.

Shahnaz has a B.Sc from Madras University and Montessori training from IIMS . She worked for three years at Golden Bead and is involved in many consultations for the Indian Montessori Association. She is a part of the Institute faculty since 2003, handling Exercises of Practical Life and Language for the preprimary group and History and Geography at the primary. She currently handles most of the day to day affairs of the Institute. Her work is being published under the Research Wing.

Do you want to watch the children in your care bloom into self directed learners? Do you want to add to your own knowledge and skills with enthusiasm and independent work? Are you a working teacher planning to work with children in the Primary age using Montessori Method?

National Education Policy 2020 has moved the education of children from 6 to 8 years from the Primary to the pre-school category. The training offered by Indian Institute for Montessori Studies (IIMS) matches this change, though we are still retaining the name. Learn to help the children of this age develop through our Montessori Primary training.

IIMS is announcing a new version of its blended program.

The training will consist of two parts:

1. Theory and some presentations delivered through online sessions.

2. Practicum with materials and face-to-face sessions.

There will also be an orientation to the Pre-Primary Montessori Method to help bridge the knowledge of both groups of children.

We welcome all those interested in helping children develop.

Delivery- Online Content sent via email. Discussion through Google Classroom or Zoom, followed by assignments via the egroup. Self-assessment and video content available on our website.

Duration of the course – 8 months 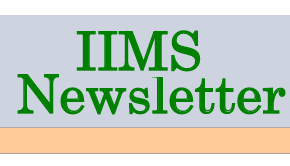